Making of Blue Pottery - Home Accents for Decorating your Home

Various traditional and contemporary articles are made of blue pottery. These range from pots of different shapes and sizes for multiple use like, ashtrays, tiles, flower pots, lamp shades, jars, various accessories or interior items, etc. Blue pottery is different from other pottery because it is the only pottery in the world that does not use clay. The pottery has a distinct appearance.

Check out the History of Blue Pottery. The products of blue pottery were used as decorative items like surahis, wall tiles, flower pots, ash trays, lamp shades, jars, etc., until recently. Today, the use of blue pottery has been extended to household items also, like snacks tray, kitchen jars, crockery, etc. The pottery can be semi‐translucent or opaque. Originally, it was only done with blue and greenish‐blue colors on a white base. Lately, it has experimented with other colors such as yellow, dark blue and brown. The conventional floral or arabesque, handmade patterns and the animal figure patterns are the prominent designs of blue pottery.

The craft of glazed pottery has its origin in Persia. Earlier, Egypt and Mesopotamia were in possession of blue tiles. This art was introduced by the Muslims in India and it underwent transitional changes. During the middle of the 19th century, Jaipur became a flourishing centre for blue pottery.

RAW MATERIALS USED IN THE MAKING

1. Ground Quartz Stonae:This is in a powdered form and is obtained from the nearest market. Since it is the main raw material, it is normally bought in tons.

2. Glass:Green glass which is normally used in making tea glasses is taken into use. Broken pieces of glass are available with the kabaadi (a waste material collector). The obtained glass is first treated before being used for the dough. The treatment involves thorough washing of the glass, breaking it into fine pieces and then grinding it into powder in the grinding machine. This treatment approximately takes 10 days to treat 50 kilograms of glass.

3. Katira Gond:This material is readily available in the market. It is available in big pieces. It is also treated by breaking it by hand, grinding it into powder in the grinding machine and then screening it with an iron jaali.

5. Fullers Earth (Multani Mitti):This is also available in the market in small pieces. It costs Rs. 8 ‐ 10 per kilogram.

7. Flour:  It is the simple edible flour of wheat (maida) and is available in the market at a grocer’s shop. It is used as an adhesive in the process of making blue pottery.

The process of making blue pottery is not very simple. It is very tedious and time‐ consuming. The articles of blue pottery are handled with utmost care as the slightest mistake can make them crack or turn black. It takes 10‐12 days for one lot of blue pottery articles to be made. As there are only a few producers in India, blue pottery has good markets both in India and abroad. Today, it has poised to become a flourishing cottage industry cluster around the city. According to the craftsmen, the retail price is almost thrice the price of what the dealers and exporters pay for the articles. Even when 80 per cent of the production from these units is being exported, lack of standardisation and proper specification found the markets saturated. Also, repetitive procedures have resulted in low productivity and higher cost of production, making it less competitive abroad.

The craft has undergone changes in the composition of raw materials, its processing and patterns of designing as well as the use of the product. Initially, the glaze coating used to have lead in its composition which, according to the craftsmen, used to give better results. Today, the craftsmen use lead‐free glaze for coating the articles.

Also, the blue pottery items were initially done with floral or geometric designs. Today, the customers prefer fabric or abstract designs. As such, the dense, intricate designs are now under transition toward simple and straight fabric designs.

Besides the composition and design patterns, there has been a major change in the usage. The articles which were initially used only as decorative items are now also used as functional ones. They are used as kitchen crockery, toothpaste and pen stands, etc. The reason behind this is the removal of lead from the glaze of blue pottery. Since lead is harmful for health, the articles could not be used as kitchenware. With the advent of lead‐free articles, its use has spread to various new areas. 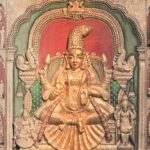