As the name “Blue pottery” suggests, one can say that these are pots which are Blue in colour, however that is not all to it, there is a very interesting story about how this technique was developed and travelled to India and become a part of Indian craft. This technique was first developed by “Mongol Artisans.”, who combined the Chinese technique of Glazing with ornamental art of the Persian to make tiles; these tiles were used to decorate the structure like tombs, mosques and palaces in central Asia.

This technique travelled with the Mughals to India in the 14th century, where in early days Mughals used this technique only for structural ornamentation to imitate the structures in central Asia where they came from, later the technique was used in Kashmirian pottery, then it travelled to Delhi and finally it reached its destination in India that was the beautiful pink city of “Jaipur” in 17th century, which has been its home since then and now it is been recognized as the traditional craft of Jaipur. It’s ironic that the Art which was developed several thousand kilometers away from India has become a part of India’s great tradition and heritage, that is the beauty of our culture it blends with every culture it comes across and makes it as its own.

The craft derived its name from their eye catching blue colour and there are only four colours used in this technique blue, green, yellow and brown.

Its blue and green colour gives a cooling and soothing effect to one’s eyes, probably that is the reason why it was used to decorate the structures in the hot and arid central Asia. Motifs of Birds, Animals and flowers are used to decorate these beautiful blue coloured pots.

Traditionally only urns, jars, pots and vases were made using this art, however, these days even the tea sets, cups, saucers, plates, glasses and jugs are made using this art. A craftsman makes all these items using Egyptian paste, which is mixed with water to make non sticky dough. As the dough is a non sticky one, he can only use it to make small items, since large products break as the dough is pulled up.

Then he fills the dough in the mould made of plaster of Paris and once the dough is placed then the raakh (wooden ash) is filled in the mold. Later he removes product from the mould and allows it to dry in sun.

Then he does scrubbing, finishing, smoothening, designing and colouring of the items with hands and the final product so obtained are glazed with a glaze made from powder obtained by heating and grinding glass, Borex, Zinc oxide, potassium nitrate and boric acid. The craftsman mixes this powder with maida (flour) and water to make a paste.

He dips the items in this slurry and keeps them in sun to dry. Finally he burns them in the kiln at 800 to 850 degree Celsius. Since the temperature at which they are burnt is low they are very fragile and should be handled with love and care.

With all this hard work of the craftsman a beautiful piece of craft comes to life which is worth cherishing. These beautiful pieces of craft can be used to decorate homes or can be given as the gifts; it will not only add colour and beauty to one’s home, but, also spread the vibrations of peace with its calming and soothing colours. 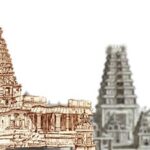