For those of us who may be wondering what could be in this Sita book by Bhanumathi Narasimhan that we do not already know about, we are likely be pleasantly surprised. This book depicts a completely different perspective of the events of the Ramayana, through Sita’s own eyes.

Quite unlike other books on Sita, this book is written with a style of narration that mirrors the different kinds of disposition and spirit of the characters, especially the women in the epic. Bhanumathi Narashimhan exhibits her wide exposure to the various classic versions of the Ramayana. According to her, it has helped her foray into Sita’s strong mind and understand every layer of Sita’s inner strength. She has tried to communicate these qualities of Sita through her book.

The book begins with Sita already in Ashoka Vatika and with past events rolling back and forth in Sita’s mind. We all know the details of the Ramayana that we’ve been exposed to since childhood. But this story of ‘Sita – a tale of Ancient Love’ delves into the spirit of love displayed by the female characters.

The book speaks of the pearls of wisdom fondly imparted by Rishi Atri’s wife Anasuya, who perhaps foresaw Sita’s challenges and points out to Sita the power of a focused mind and unconditional love. She highlights that focus and commitment bring forth certain powers. She was aware of Rama’s divine purpose and Sita’s role in it. Words carry a lot of power and Anasuya’s words were a source of great courage and inner strength to Sita during her days at Ashoka Vatika amidst rakshasis. Sita’s love for Rama was so strong that any negative emotions just breezed in and out and rarely left any impressions on her.

The rare love, intelligence, and wisdom of Ravana’s wife Mandodari is highlighted by the author. Mandodari was a woman who was total in her love for Ravana but knew dharma from adharma. She tried to advise Ravana accordingly. She was committed, non-judgmental, saw only goodness in her husband and accepted his fancy for Sita.

Very few of us know about Ravana’s brother Vibhishana’s daughters Trijata and Kala, who were among the rakshasis guarding Sita at the Ashoka Vatika. They were in awe of Sita and tremendously admired Sita’s strength. They were perceptive and insightful, knew that Rama was the incarnation of Lord Vishnu and that the end of adharma was near.

The book, a Penguin India release, launched in October 2021, is a poignant representation of the story of Sita. Bhanumathi Narasimhan, sister of Art of Living Founder Sri Sri Ravishankar, holds a master’s degree in Sanskrit literature and has authored many books. 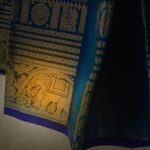 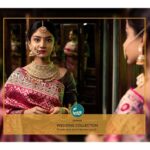